The transistor delay circuit may be helpful to learn some electronics basics. The circuit is pretty simple. It only contains a transistor, a capacitor, several resistors, a switch and an LED. The circuit uses an RC filter to turn an LED on with a little delay. Let’s see how we can choose elements for the circuit, and how the delay depends on parameters of the elements. 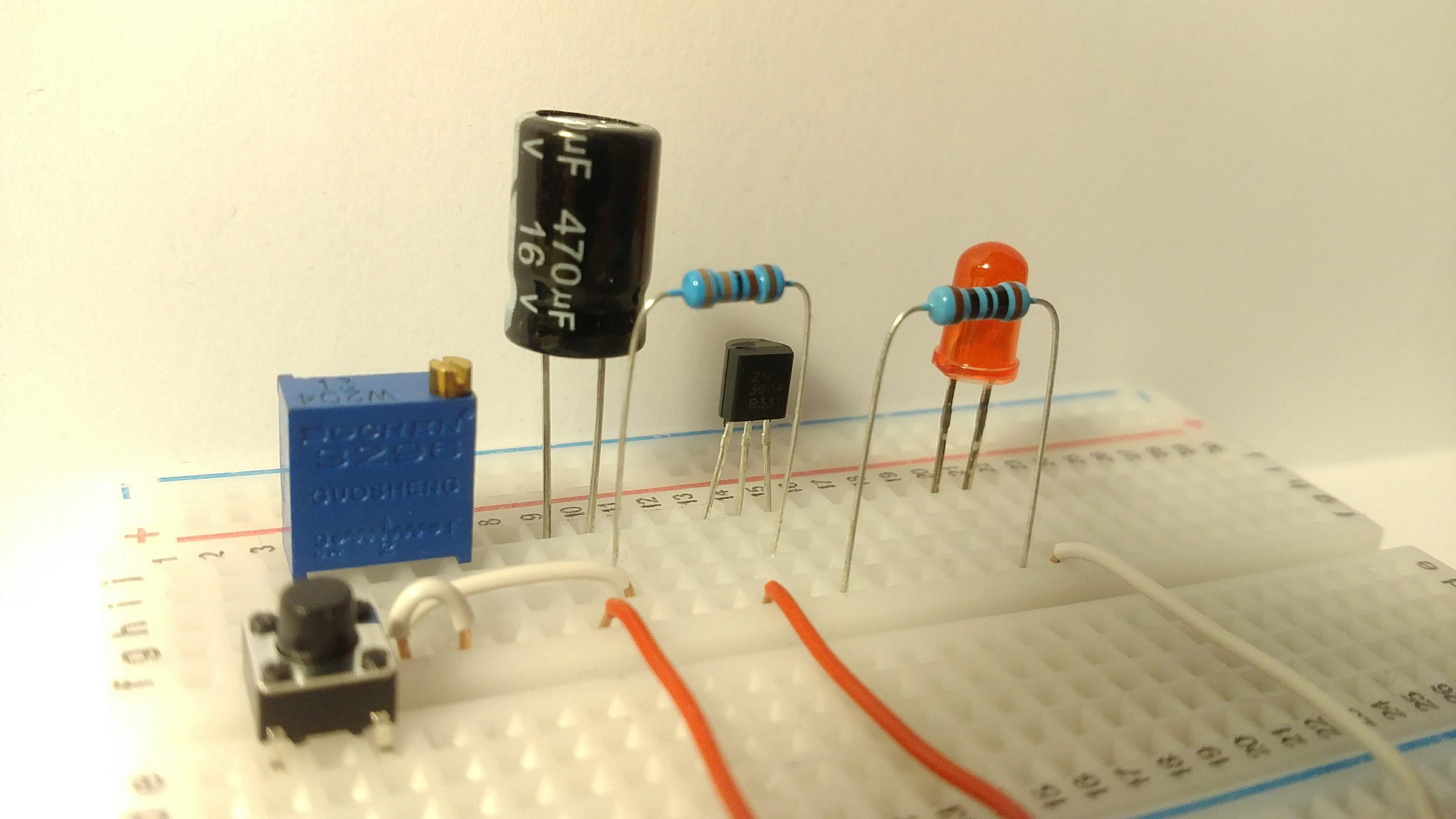 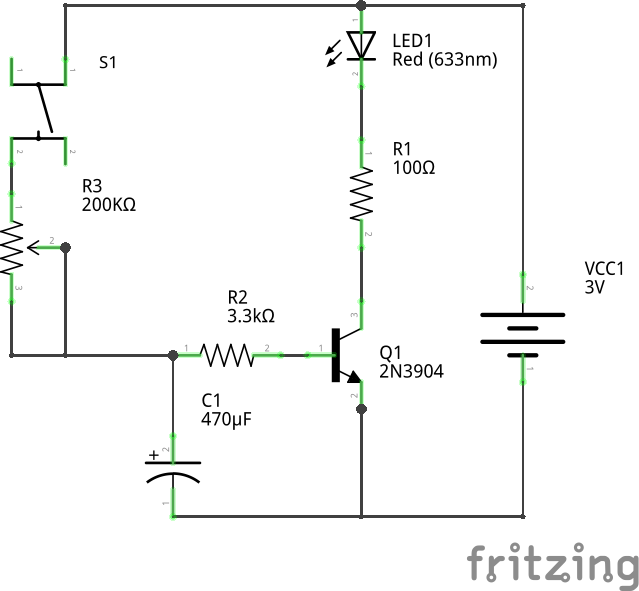 How the transistor delay circuit works

The delay can be adjusted by changing the resistance of the variable resistor R3. 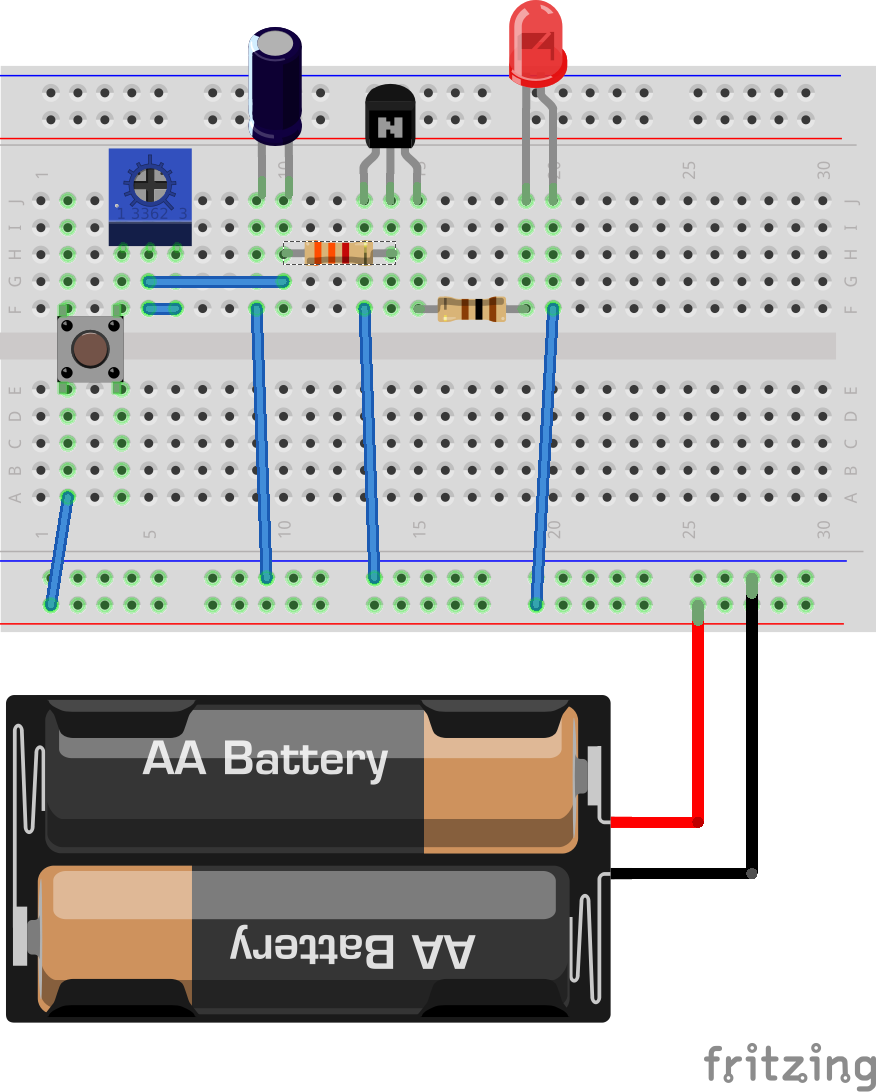 Let’s see how we can choose elements for the transistor delay circuit.

We use a standard LED which has the following parameters

Next, we use 2N3904 transistor. This is an NPN transistor which has the following parameters according to its datasheet

Choosing a current limiting resistor for an LED

Let’s calculate the value of the resistor R1 which limits the current for the LED.

The voltage supply is 3V. Let’s set the LED current to be 10mA = 0.01A which is less than the maximum allowed current for the LED. This current should be enough to turn the LED on. The LED current is also the collector current.

Now we can apply Ohm’s law to calculate R1:

We can pick up a standard resistor of 100 Ohm.

Choosing a base resistor for a transistor

First, let’s calculate the base current which keeps the transistor open

Now we can apply Ohm’s law and calculate R2:

We can pick up a standard resistor of 3.3 KOhm.

How an RC filter defines a delay

It is the time required to charge the capacitor, through the resistor, from an initial charge voltage of zero to approximately 63.2% of the value of an applied voltage.

If we the capacitor C1 is 470 mkF, and the resistor R3 is 200 KOhm, then the approximate maximum delay is going to be

Note that the LED actually turns on much faster. It happens because the transistor starts opening even before the capacitor is charged to 80%. After some time, once the voltage on the base is high enough, the collector current starts slightly growing. As a result, the LED starts turning on.